Notice: WP_Scripts::localize was called incorrectly. The $l10n parameter must be an array. To pass arbitrary data to scripts, use the wp_add_inline_script() function instead. Please see Debugging in WordPress for more information. (This message was added in version 5.7.0.) in /var/www/wp-includes/functions.php on line 5663
 Female Genital Mutilation (F.G.M), and Empowerment. - Gloryland Missions International 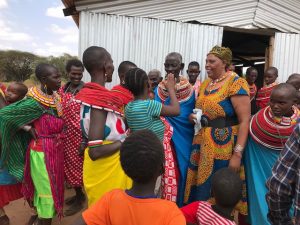 Marriage is considered a mark of success in the pastorate community. The children’s rights are greatly violated by the culture and the local traditions. Children born out of wedlock are stigmatized. Women who give birth before marriage are considered as outcast and are thrown out of the community. They are excommunicated and given a goat. These children are stigmatized, the means of living in poverty and lack a community to grow into, and they are considered as cursed.

Young girls are subjected to this brutal abuse, mostly with no consent to their bodies. In the pastorate community, female mutilation is considered normal lifestyle. Young girls between age 10 and 15 go through the cut without consultation. The family makes arrangement in her absence, which makes it hard to run away if she wanted to.

A girl without the cuts will be a laughing stock to her age mate, and the family will be considered non-compliant with a community or traditional lifestyle.

We will call you back soon